Exactly a week ago tried to provide a look about the basic features of the public who inhabit different social networks. Trying to guide those who are released full-time to co-exist, along with millions of other users, within each of these options.

I was in debt with several of the more you use it and here we go with this second and promised second part of “tell me what social network you hang out and more or less I’ll tell you who you are.” For those who missed the first part, and can be read in this link, there we talk about Facebook, Instagram, WhatsApp, Twitter, and Youtube.

We are going with the missing:

Google+ (G+): the social network of its namesake, the absolute leader in search, Google has managed to have success in virtually everything started, the less their social network, at least until now. Came to have a few 600.000.000 users, but that number is gradually collapsed to just get to the 200M, although you will find quite a controversy in the figure if you just “google” a little.

From the beginning, grew abruptly as all Gmail users, without loving her or use it’s had, and today it asks for a activation and with some desire and dedication, you can design a profile. Use it with a lot of dedication by all those who have launched a web page and want to improve their positioning (SEO which we already spoke in a previous note). To be part of the big family Google improves the search, not crazy but something help, also is the platform that integrates in a single profile all of your accounts in Google products (Google Calendar, Google Drive, Google Maps. Translator, YouTube, Blogger, etc)

Linkedin (In): care professionals, especially independents or those who are always alert to a good deal of work. Has had an important growth in the last time (500,000 .00 available of users) and has evolved in the last few years moving from being a channel of social media recruitment to one where information is shared of the value-added of the different professions.

I consider it necessary and advise its use by companies who wish to use social networks as a channel of communication and marketing. At first sight it is quite cold compared with the rest, its blue color combined with black will give seriousness and respect.

What is interesting is that more and more large companies use it, it has almost all the functionalities of a social network of broadcast, and could not forget it has a Premium version where you pay for access to more functionalities.

Pinterest (P): any time an expert in networks defined in the following way: “social network used by women who are on the side of your pool using your iPad”, with that photo, installed in the imagination can go thinking about what companies might be interested in having a presence there.

What is certain is that its almost 160.000.000 of active users, 82% are female, of all social networks is the most unbalanced it has your statistics towards a gender. Once logged in we can choose between only being a spectator and go put together our boards with pins or also cooperate “pineando” a little. The Chrome browser has the possibility of integrating the application of Pinterest, and so you can easily go saving all that we want with a simple click.

It is not among my favorite but it does use a lot with clients related, as, for example, a tea house, whose owner is also an active user of this network. 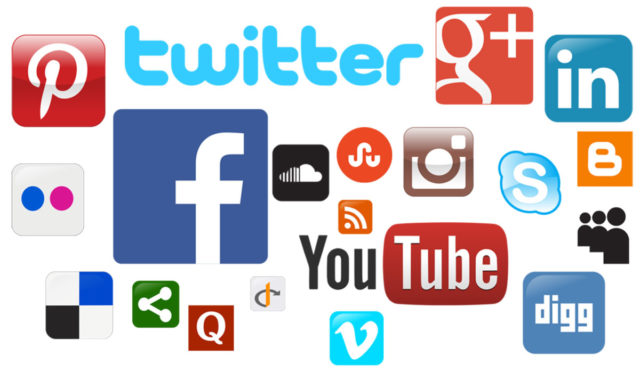 Snapchat (S): here are teens, we finally found them! They fled from Facebook and went to Instagram, and later initiated a new exodus, not so massive and they found refuge (for now) in Snapchat. Its users practically do not reach or exceed 21 years of age and if they do it is so exceptional to laugh, a time of changes-face (a feature that does not already exist), changes voices and other cartoons.

Account with the role of “stories”, know that the story today only lasts for 24 hours, original by the way and plagiarized then by Facebook, and your family (Instagram and WhatsApp) to resist the purchase of your share package on the part of Zuckerberg, that he also wanted to stay with this social network.

Today has more than 300.000.000 of teen users and with 70% of women among their ranks, companies with products for “teens” to pay attention to you and súmenla between their channels of communication.

Tumblr (R): despite having nothing more nor nothing less than 500.000.000 users is quite far, at least in our country, from being considered among the top. A good part of their users looking for a network with a halo of “intelligentsia”, is defined as a network of blogs.

Users of Tumblr can create publications that include text, photos, videos, links, phrases, chat, and audio. These publications can be created through a computer, sent by e-mail, text messages or by phone. In addition the blog platform common, Tumblr includes an interactive element which encourages users to share, exchange and follow the publications of others.

I have an active account which honestly I have not used it, except once in an experimental way, in principle, is not on my list of priorities.

Flickr (Fk): social network for photographers, if you dedicás this profession I recommend that you activate your account, a part of the family of Yahoo, so having a mail at least active with that server will provide you with the income.

Has the ability to store up to 1T (one terabyte) in photographs, you can build albums, share them and interact with other photographers. Unlike Instagram which was also born as a network dedicated to photographers that still has not been distorted and continues to be a network of niche-specific. You can create shared work spaces to compare photographs with other users and discuss them.

Honestly I have used it quite a bit, I’m not very good for photography perhaps. 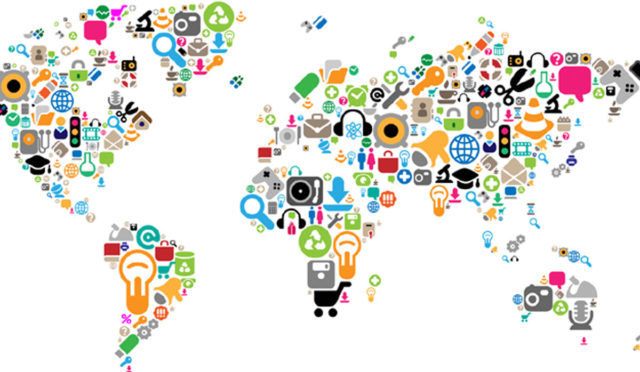 It is necessary to put here a subtitle, because in my opinion, the top ranking has already been mentioned and not necessarily by quantity of users, but by the arrival and penetration in the american public, mostly, and a good part of Europe.

There are social networks for exclusive use in the east (China and Japan) and Russia, such as: VKontakte (known as the Facebook Russian), Weibo (Twitter chinese), Qzone (China), QQ (chinese messaging), Mixi (Japan), Douban (China), Renren (China), Odnoklassniki (Russia).

Obviously all these networks, I can only mention them more will not add even a single line, by the limitations of language and something of disinterest, I’m not going to deny that.